Posted at 09:00h in Thoughts by Jessica Hernandez
2 Likes
Share

For a second, imagine going to nursing school in the early ’80s as a gay male. Imagine graduating with straight As only to be treated differently because you started to change how you looked to what felt the best for you. As time went by, you searched and searched for work. However, you were denied and discriminated against because your lipstick and your Adam’s apple didn’t match the hiring manager’s appetite. As time passes, you grow frustrated, fall behind on bills, and can’t catch a break because people cannot see past the exterior of what you call skin. Imagine having no choice but to find a way to survive; you find refuge in the streets because no one will hire you. Imagine the danger in a world where people want to hurt you…

This is the story of Selena, a Latin trans survivor from LA, and the story of many LGBTQ individuals that face daily discrimination. Trans women face 7x more chances of committing suicide and are at higher risk of being victims of hate crimes. Gender crimes in the USA fall 3rd as the highest type of hate crime, and about 90% of those crimes are against gay, lesbian, and trans individuals. In Los Angeles alone, research shows 40% of the homeless youth identify as LGBTQ. Along with homelessness, sexual abuse, and discrimination, the community constantly faces scarce social resources.

“Let’s not forget” that trafficking doesn’t just happen to women, children, or men. It also happens to the LGBTQ community, and they are victims of murder and vicious crimes by pimps and John’s (buyers). It is our responsibility to start these conversations and not forget the stories of those who cannot tell theirs anymore. 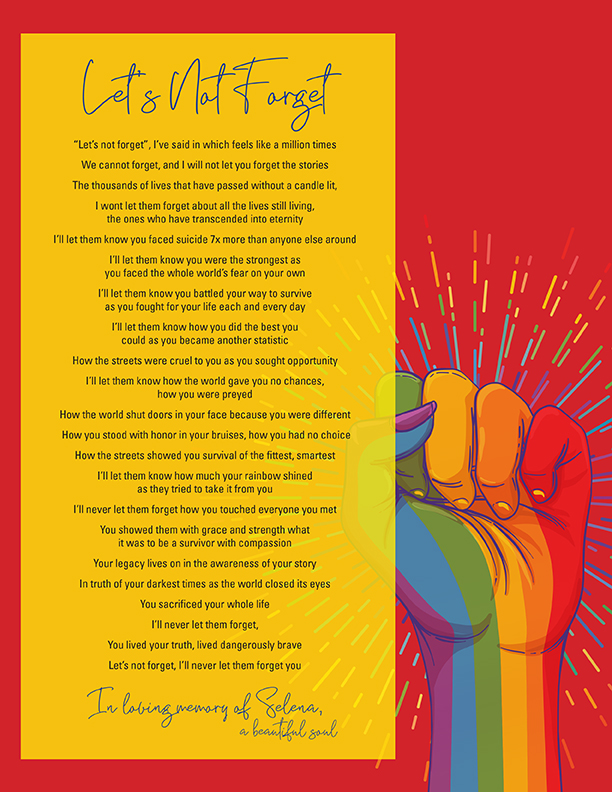 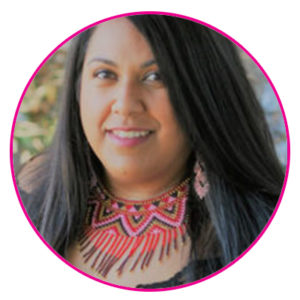 Jessica Hernandez, BSW, MANP is Empower Her Network’s Southern California Empowerment Advocate. She has been working in the anti-trafficking movement for the last five years. In her various roles, including lead case manager, she facilitated art therapy, empowerment groups, alternative healing focused on anti-oppressive work theory, and trauma-informed care. She trains others in Commercial Sexual Exploitation of Children, LGBTQ & Latinx Trafficking, and health education. Jessica has published research on sex industry life balance and hopes to continue learning and educating. She is a small business owner and graduated with her Master’s in Non-profit Management.