Posted at 09:00h in Thoughts by Mackenzie McDonald
0 Likes
Share The coronavirus pandemic has brought widespread attention to the fact that mental health is a universal concern. For too long, the stigma surrounding mental health and those who struggle with it has prevented people from seeking treatment as well as complicated the everyday reality of living with a mental illness. Fortunately, as the importance of mental health becomes an increasingly acceptable topic of conversation, people are starting to challenge these negative attitudes and beliefs more often. Unfortunately, progress is incremental, and there is no doubt that deeply entrenched biases continue to adversely affect most individuals with mental health conditions, regardless of their identity.

Over time, however, it has become evident that the cost of living with a mental illness in the United States is considerably higher for people with minority identities. According to Mental Health America, “adult blacks and African Americans are more likely to have feelings of sadness, hopelessness, and worthlessness than adult whites,” and “blacks and African American teenagers are more likely to attempt suicide than white teenagers.” A 2018 study conducted by the U.S. Department of Health and Human Services found that Asians were 60 percent less likely to have received mental health treatment as compared to non-Hispanic whites. Latinx/Hispanic adolescents use antidepressants at half the rate of their white counterparts, and studies show that bilingual patients are evaluated differently when interviewed in English as opposed to Spanish. As a result, Hispanics are frequently undertreated. The rate of suicide attempts is four times greater for queer youth than that of heterosexual youth in America, and LGBTQIA+ individuals are 2.5 times more likely to experience depression, anxiety, and substance misuse compared with heterosexual individuals (APA).

One study found that survivors of human trafficking reported the following anxiety and depression symptoms: nervousness or shakiness inside (91%), terror/panic spells (61%), fearfulness (85%), feeling depressed or very sad (95%), and hopelessness about the future (76%) (Zimmerman et al., 2006).

There is a clear and disturbing connection between identity and access to mental health care in our country. Numerous structural barriers are responsible for these inequities, and the sooner we begin to identify and examine them, the sooner we can begin to effectively address them.

Dr. Margarita Alegría, Chief of the Disparities Research Unit at the Massachusetts General Hospital and a professor of medicine and psychiatry at Harvard Medical School, explains some of the broken systems that have caused such disparities in a 2020 blog post for the National Institute on Minority Health and Health Disparities (NIMHD). She argues that in order to improve the situation for minorities in America, a psychological shift must occur on a national scale.

“First, we need to pivot from attributing these differences in mental health burden to the individual and recognize how they can be best understood by structural inequities attributed to policy, law, governance, and culture,” Dr. Alegría writes. “They include, for example, U.S. immigration policies, voting ID laws, housing segregation regulations, drug sentencing laws, among others. They steer people of color to a plethora of unfair experiences, differences in opportunity and limitations toward accessing the beneficial social determinants of health. Together, structural inequities negatively influence the ability to recover from health problems, including mental health issues.”

BIPOC Mental Health Month provides recognition to a phenomenon that is both historically longstanding and culturally current. It also opens a valuable opportunity for growing self-awareness and community discussion about mental health intersectionality.

At EHN, we know that the healing journey takes a lifetime. We support members of EHN to continue therapy and to keep prioritizing their mental health.  We also encourage all staff members and employees to take control of their mental health journey.  The only way we can be present for others is by taking care of ourselves.

Click here to learn more about what you can do to support minority groups during BIPOC Mental Health Month and beyond. 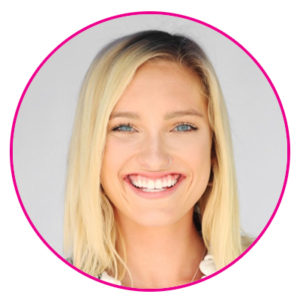 Mackenzie McDonald earned her B.A. in Communication Studies from the University of San Diego. Her professional experience in journalism, marketing, and social media includes working for a women-led apparel company and writing for her local online newspaper. She is deeply passionate about the work Empower Her Network is doing and is thrilled to be a member of EHN’s Marketing Committee.