Women’s Voices? They’ve Been There All Along
17043
post-template-default,single,single-post,postid-17043,single-format-standard,bridge-core-2.8.7,qode-page-transition-enabled,ajax_fade,page_not_loaded,,qode-child-theme-ver-1.0.0,qode-theme-ver-27.1,qode-theme-bridge,qode_header_in_grid,wpb-js-composer js-comp-ver-6.7.0,vc_responsive

Women’s Voices? They’ve Been There All Along

18 Apr Women’s Voices? They’ve Been There All Along

Posted at 13:39h in Thoughts by Julie Zuraw
0 Likes
Share 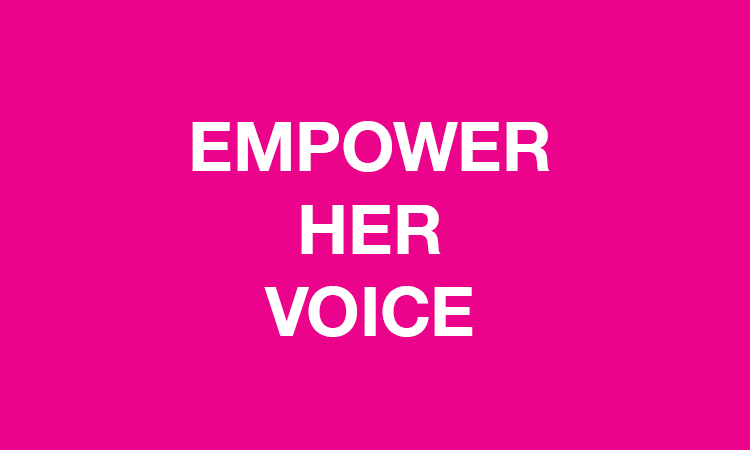 Women talk a lot these days about finding their “voice”—after enduring lifetimes of insecurity and self-doubt, experiences of sexual harassment, or the simple day-to-day experience of a culture that encourages—or enforces—women’s silence.  How do you find your voice when you’ve been silenced for so long?

There’s only one way:  Speak.

It’s not a process, it’s a decision.  And I have heard no greater description of that moment of decision than the words of this survivor of sexual slavery:

“I started to use my strong voice when I realized that all the people around me were aware that they were enslaving me, that they had me in captivity, they were taking over my freedom and my body totally from my own decisions. I felt so empty and at the same time very cowardly because I could not tell my truth. With my heart tired of so much pain I felt that I would die. A very strong voice inside me said to fight for my freedom.  I should be strong.  I should not keep quiet.  I should raise my voice and shout to the world all the horror I lived.  With my strong voice and I am now expressing my fury, and never again will people bind me more against my will because what I want is freedom.  I am now here to help, because all women have rights and voices regardless of their color, race, religion or social class, we deserve equality and to express ourselves freely and all live in freedom.”

This woman’s decision was made at a moment when she was at her lowest, and it was a decision to live.  That was her power—the declaration, to herself first, of her own humanity.

That is what your “voice” is.  It’s the outlet for your soul.  It is your humanity reminding you that it’s there.  Once this woman let it out, even though she was still in captivity, she was already free.

Our humanity will assert itself in moments of greatest distress.  That’s the little voice you hear telling you not to give up.  And it’s inside all of us.  (The reason it’s said that you have to “find” your voice is because it’s already there, waiting for you to let it out.)

So why do women hold back?  Because the act of speaking often involves some risk, and as long as our fear is bigger than our resolve, we keep our mouths shut.

For a woman in sexual slavery, the fear may be that speaking her truth will bring physical and emotional punishment, or worse—death.  (The terror one must feel day after day is impossible to imagine for those who have not been there.) But at some point she realizes that the alternative is actually worse: the death of her soul.

What sparks that moment of clarity?  What helps a woman who has been enslaved go from “not speaking” to “finding her voice?”  Surely the emotional journey is unique for everyone, but at the end of that journey is always moment of decision, where the need to preserve one’s humanity outweighs even the risk to one’s life.  Some people get there, and some people don’t.  All deserve our respect for what they have endured.

Survivors who find the courage to speak teach all of us that nothing has to stop us—that our own humanity and dignity is bigger than anything another human being can do to us.

Remember that.  The next time you allow someone to dismiss you in a meeting, pay you less than you deserve, or not acknowledge your contributions—or worse, actively harass or abuse you—you are allowing them to deny your worth, your value, your dignity, your humanity.  You.

Only you can allow that.  And only you can stop it.  Listen to your voice.

Julie Zuraw, founder of The Zuraw Group, is a strategic consultant to leaders and their organizations, and is known for her work with women on finding their power and voice.  She is a member of the Empower Her Network’s Advisory Board.